The last time I visited Varanasi, I was nearly run down by a charging bull. Not surprisingly, when the planning began for a dance trip to Varanasi, I was not overly excited. Varanasi, for me, was a place where religion was elaborately performed, as if every day was a festival. I was also utterly put off by a sign outside Kashi Vishwanath temple that said that non-Hindus were to remain outside. They could go see the temple from a nearby library. I was there with two French guests – how could I ask them to stay outside? It seemed more than a little unwelcoming, in a country that is famed for its hospitality.

But this time was different. This time, Varanasi welcomed us in ways I would not have thought possible. 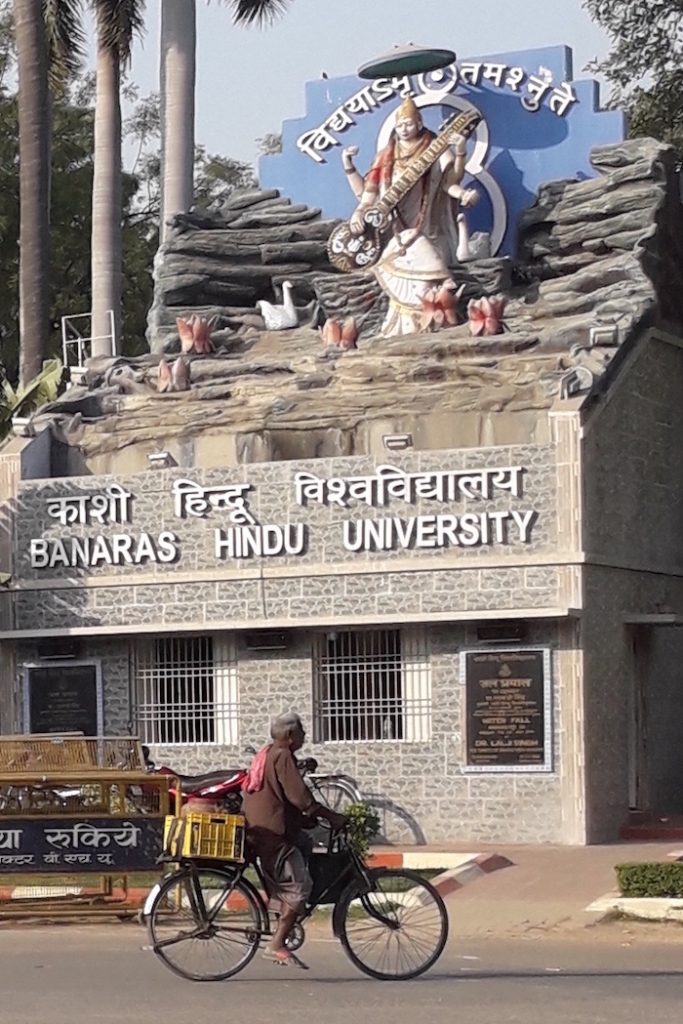 Visiting BHU was a whole new experience. The campus is absolutely charming and feels steeped in history and culture.

Yet, the campus was all very well – how would the dance students at BHU respond to us? Would they be judgmental? Condescending? Superior? Uninterested? The workshop there was a big affair, compulsory for all the students! 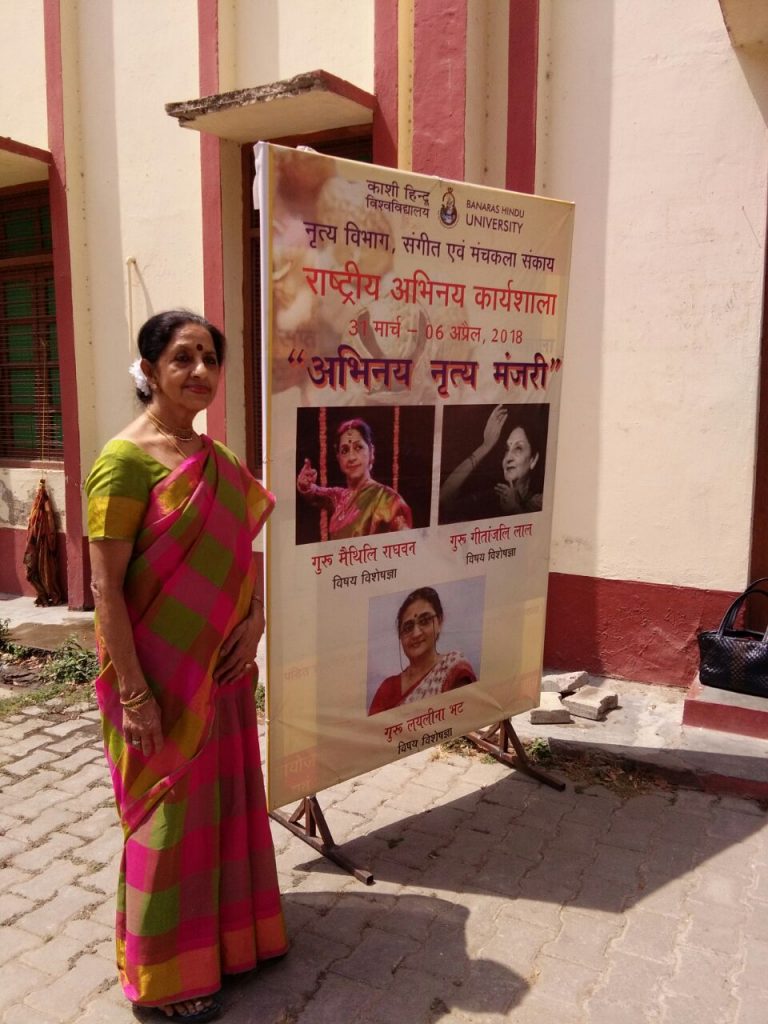 They were none of these – not judgmental, not condescending, and far from uninterested. During our workshop there, they welcomed us with smiles and love. They drew us in with their eagerness, and we were blown away by how quickly they learned. Full of questions, they bridged the gap between ‘us’ and ‘them’ in no time at all.

And that is why I would go as far as to say that our performance at BHU was among the most magical ones ever. We were one with the audience. They were connected to us at each step, and never once did the bond between dancer and rasika break. They hooted and cheered when our guru came on stage. We saw them wiping away tears when Dasharatha sent Rama on exile. They came with us on our journey of pure aesthetic delight when we performed thillana.

My teacher dreamed of having us perform at BHU way back in 2005. It took 13 years for the dream to come true. But thank you, BHU. Thank you for showing us, once more, the power of dance to transport us into another world.

« My Name’s not Friday
What is travel without adventure? »