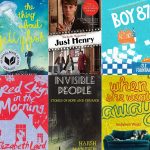 There’s so much happening in the world of Young Adult books! Some people may classify a few of these books as MG rather than YA, but again, I put forth the usual disclaimer – associating an age with a reading level is impossible. Many of these books are crucial – they deal with ideas and […] 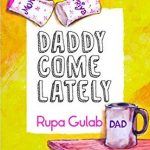 Priya knows that her father is dead. She is a ‘post-humorous’ child, as she calls herself until her mother gently corrects her, saying that it is ‘posthumous’, not post-humorous – and that she isn’t posthumous anyway. Her father is alive, and has just found out that he has a daughter. Worse, he wants not only […]