A priceless necklace has been stolen from a museum and you are one of the suspects. How can you convince the jury that you’re innocent?

“I was on a plane to Kashmir,” said one girl. “I can show you the ticket!” A little later, she added, “And I even have a photo that the air hostess took to prove that I was there!”
And immediately, the cross-questioning began. “Why did she want to prove you were there? What air hostess takes a photo of the passengers? It looks like you’re trying too hard to prove you were somewhere else! You’re involved in the theft in some way!”

And so, we examined how we can create characters that convince readers that they’re innocent. At what point does an alibi begin to sound like the character is needlessly justifying herself? Also, how can you leave clues but still surprise the reader at the end?

The children at the Young Writers’ Club at Just Books Baner threw themselves into creating mystery stories together. We wrote backstories and alibis. We created narrative hooks and then critiqued each one. We didn’t have the time to write complete stories, but we spoke about building suspense and keeping the reader involved. 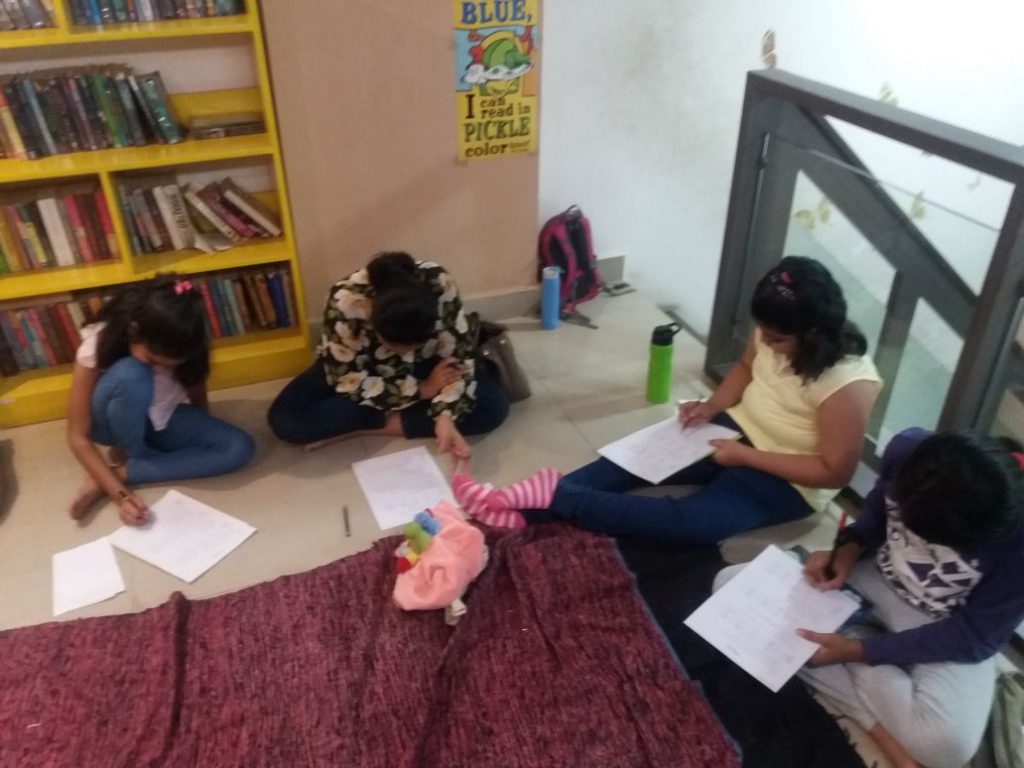 With the inimitable Shel Silverstein, we solved a cryptogram and analysed how we could write a secret message.
And with the story “Dusk” by Saki, we spoke of twists and turns in the plot, which make for a wonderful story.

I can’t wait for the next session – magical stories on the 19th and 20th of May!