Have you ever played Chinese Pictionary? I used it as part of my junior workshop for the British Library’s Reading Challenge this year. It’s a combination of Chinese Whispers and Pictionary, and it promises to be hilarious. Especially with young children, or people who cannot draw, it becomes a crazy game that is loads of fun.

Here’s how it goes.

The first child got this chit:

He had to draw it, and this is what he drew: 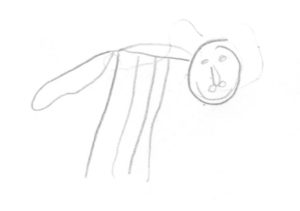 (In his defence, he’s not even seven years old)
The next child looked at the picture and tried to guess what it was. She thought it was this:

The next child saw just this word and tried to draw it. This is what he drew: 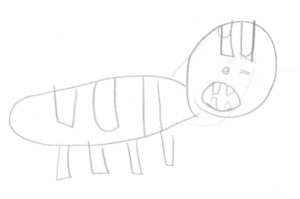 And the last child had to guess what it was. She guessed it was this:

Each time I play this with children, it’s just so much fun! Here’s another one: 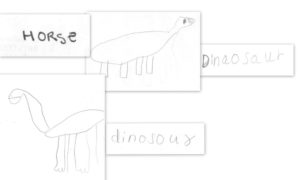 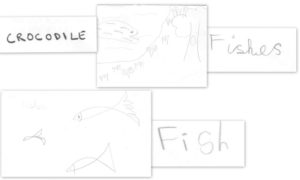