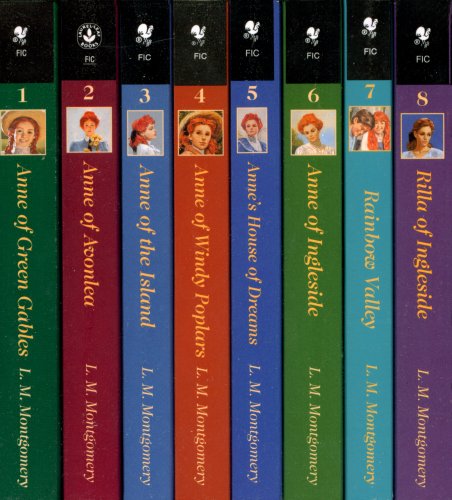 With Anne of Avonlea, I grew up a little bit. I enjoyed her relationship with Mr Harrison and her blossoming love for Marilla, but above all, I adored Davy. Like so many characters in the book, I ‘had no use for the impeccable Dora’. But Davy? Oh, the questions he asks! Two that stay with me:
Who would I be if I wasn’t me?
What will happen when God dies? 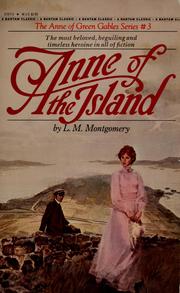 Then came Anne of the Island – where I grew a little puzzled. I didn’t like all the tangled relationships here. I thought things would be a little more straightforward, and that Anne would know what she wanted better than Gilbert (whom I still secretly disliked!). Also, saccharine Christine Stuart in this book seems rather different from the Christine we meet later! Rather than the book as a whole, I enjoyed bits and pieces here. The child in me dismissed this book with all its romantic tangles. I wanted more story! 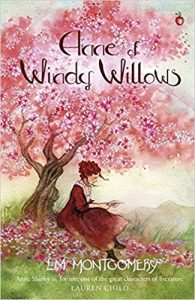 Anne of Windy Willows – that’s what my copy is called, not Anne of Windy Poplars. Here, Montgomery introduced me to yet another immortal character – Elizabeth Grayson. I was deliciously struck by how she’s Lizzie on some days and Betty on some – based on how she feels. It’s the joyous characters that make Montgomery’s work come alive. And it’s in this book that I begin to feel the kind of longing that Montgomery herself describes in the later books. Why must Anne grow up? I wonder, in the same way as Anne wonders that about her children later. 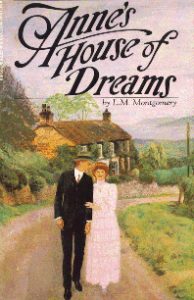 Though I love Anne’s House of Dreams, here is where I begin to lose my connection with Anne. Of course, in Leslie West’s words, Anne will always belong to the race of Joseph. She will always be a kindred spirit. But when she’s grown up and obsessed with her children, the modern woman in me demands, What of your ambitions? What of your desire to inspire children like Paul Irving? How can you be content in this housewifely world? Oh, Anne! Where are your dreams? 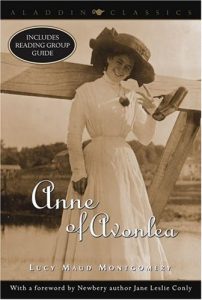 In Anne of Ingleside, we encounter Christine again, and pretty much say goodbye to the Diana Barry who made me so jealous in the first book. There are many gems in this book, including the time when Rilla is born and Walter is sent away. I feel his confusion, his pain, his suffering so acutely! Oh, Walter! This world was never meant for one as beautiful as you. 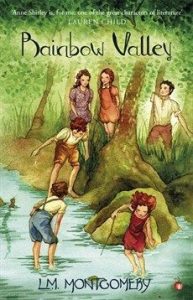 The first thing that struck me about Rainbow Valley was the fact that whoever designed the cover of my edition (not the one I selected for this post) did it beautifully, but did not read the book. Anne has three sons and three daughters, not two sons and four daughters! Moving further and further away from Anne, we meet Mary Vance, whom I never really love the way I love the others. We meet Rosemary West, who does belong to the race of Joseph, and we share the exploits of all the Blythe children. Unlike with Anne, though, we never get vested in a single character. We keep shifting loyalties from one character to another, enjoying each one’s adventures at a distance, mainly because we keep including the others in the family.

With Rilla of Ingleside, we get involved with a single character once more, and this is where I think Montgomery’s strength lies. In Rilla, I constantly saw myself when I read it the first time. How, I wondered, would anyone else I enjoy this? Rilla is so me! Her disgust for babies, I remember, made me feel, Oh, thank God I’m normal! And I did feel slightly betrayed when she grew out of it! Rilla develops and changes so much and so naturally in the book that I closed it with a sense of wonder. How can a character change so much and still be credible? And I found my answer – because that’s the way it is.

With the entire Anne series, I realised that what I loved most was the beauty. The way Lucy Maud Montgomery captures wistfulness, especially, is breathtaking. I love the feeling of something that’s true and beautiful is just out of reach, but still right there in sight. And even as I write this long blog post, I realise that I’m doing something else that Montgomery expresses so beautifully in her Emily series – I’m writing it out because I have to. All these thoughts are in me and they’ve been waiting to be written. There’s so much more to say because I feel so much. Anne, oh Anne. You make me remember that once upon a time, literature was not about what the market wants, or what needs to be said, or about getting to the action and making things happen. It was about beauty.